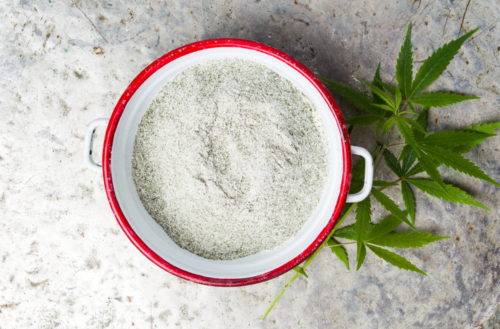 In another example of typical overclaiming and exaggeration, Mike Harlington’s CTA has put out an announcement that CBD isolates are becoming a controlled substance. There is no truth in this at all, it is nothing but speculation and opinion.

Even if the speculation is correct that isolates will remain classified as a novel food, the terminology is wrong. ‘Controlled’ has a specific meaning in UK law and is applied to drugs classified and scheduled under the Misuse of Drugs Act 1971. There is no prospect whatsoever of this applying to CBD in any form.

It is correct that the FSA initially classified isolates as novel in January 2018 and no reasonable person can have any objection to this. Clearly, there cannot be any evidence of them having been consumed in the EU area prior to 1997. It’s a separate point that this is bureaucratic overkill. There’s no evidence that isolates are unsafe so there’s no reason to require them to go through an authorisation process except simply to comply with the letter of the law. It is bureaucracy for bureaucracy’s sake and a complete waste of the FSA’s time and taxpayers’ money.

Another, more pertinent point is that despite isolates being classified as novel for well over a year, the FSA has done absolutely nothing about enforcement. This whole rigmarole is pointless and doing little else other than keeping civil servants in work, making up rules which they then do nothing about.

What remains a far more worrying prospect, which has been entirely overlooked, is that in June 2018, the FSA also indicated that selective extracts would be regarded as novel. The argument for this is equally as strong and logical as it is for isolates and this poses a much more worrying prospect for the CBD industry.

Selective extracts are extracts in which the proportions of the component moleclues have been adjusted, most commonly by the elimination of THC. Making such adjustments, dialling up or down particular components is an inherent facility of supercritical CO2 extraction. But just as there can be no evidence of isolates having been consumed in the EU area prior to 1997, neither can there be any for selective extracts. Extracts consumed in the past will have been made by less sophisticated processes that do not permit such adjustments.

So the deep irony in this is that in order to avoid any infringement of drugs laws by removing the THC, such products will be in breach of food law.

Where the FSA is going with this no one knows. It has made major errors in its bungling and incompetent attempt to outlaw CBD products and its top priority now seems to be saving face. Similarly, having bragged about his mythical ‘close working relationship’ with the FSA, Harlington is also desperately trying to save face and make it look as if he is ahead of the game. It’s just more of his characteristic bluster and bullshit. Don’t be taken in.

Any predictions I will make about the future will also be speculation but I am quite confident that this time next year whole plant, low-THC cannabis extracts will still be on sale. In fact I am sure that the market will have continued to expand rapidly.