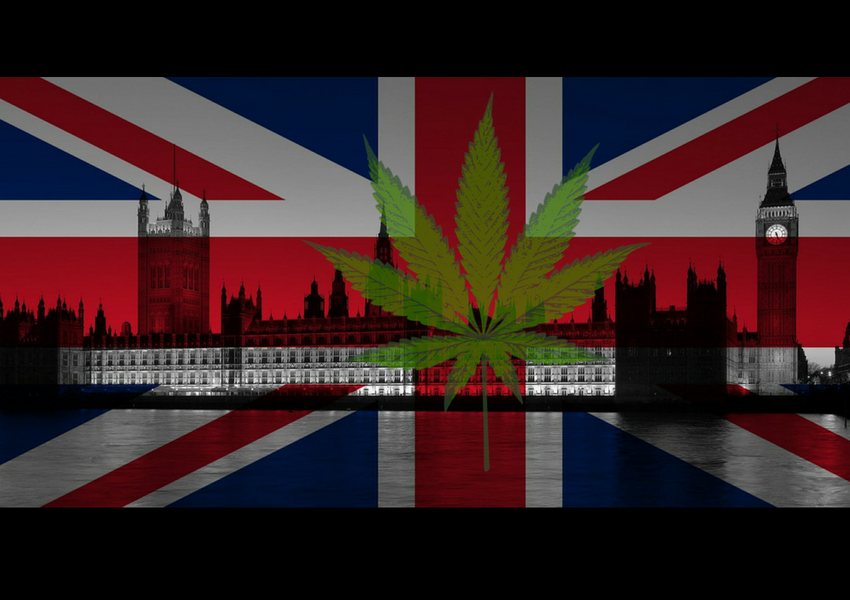 British CBD businesses need to become politically active and fight back against the sinister forces that are trying to seize control of our industry.  With the new Parliament we now have the opportunity to engage our MPs to help support and drive forward our businesses.  This is a role that all MPs take seriously.  It is one of their key responsibilities and they will be ready to help if you approach them in the right way with a coherent message. This article explains how to get in touch with your MP and how to get them working on your behalf.

The imminent threat is the novel foods scam. This originates from the EU and has its most significant support in the Food Standards Agency (FSA) which has become just an extension of the European Food Safety Authority (EFSA).  However, from 11.00pm GMT on 31st January 2020, it reverts to being a UK institution, under the direct control of our own government and therefore very much open to the influence and actions of MPs.  Its arrogant and overbearing attitude will be tempered, its wings clipped and its power severely curtailed. It will return to its proper role of being a servant of the British people, not of the EU overlords.

Whatever your position was on Brexit, the EU and its bureaucrats are no longer popular institutions in Parliament.  Your MP will readily work with you against the malign influence of the EU.  And even if they are a Remainer, you still have a constitutional right to engage them in supporting your business.

Let’s be clear, the attempt to classify CBD as a ‘novel food’ is a scam. It has no basis in fact or evidence. The purpose of the EU’s novel foods legislation, as defined by the EU itself, is food safety and the definition of a novel food is “food that had not been consumed to a significant degree by humans in the EU before 15 May 1997”.  On these crucial points, the FSA has repeatedly confirmed that it has no evidence of CBD products being unsafe, dangerous or harmful and the idea that cannabis extracts are novel (the general heading which has been added to the novel food catalogue and which includes CBD products) is manifest nonsense.  Cannabis extracts, in the various ways hemp has been used as a food, have been consumed in the area now known as the EU for thousands of years.  The European Industrial Hemp Association (EIHA) has done excellent work in collating evidence of this from as far back as the 12th Century. Download here the EIHA document ‘EIHA Press Notes: Status of Hemp Extracts in Europe’.

Quite why this novel foods issue has come about is open to debate. Clearly it’s not because of any genuine concern about safety. In 2018, the World Health Organization (WHO) published ‘Cannabidiol (CBD) Pre-Review Report’ stating “CBD is safe and well tolerated in humans (and animals), and is not associated with any negative public health effects…does not induce physical dependence and is not associated with abuse potential.” The same report also says “CBD has been demonstrated as an effective treatment for epilepsy in adults, children, and even animals, and there’s preliminary evidence that CBD could be useful in treating Alzheimer’s disease, cancer, psychosis, Parkinson’s disease, and other serious conditions.”

Most likely the real reason is because in just over five years the CBD market has grown from zero to be worth several hundreds of millions of pounds and the big businesses that weren’t interested now want a slice of the action, preferably all of it if they can possibly manage it.  Just look at who is backing the novel foods scam. In the UK that is the millionaires behind the Centre for Medicinal Cannabis (CMC) and its new trade association the Association for the Cannabinoid Industry (ACI).  Recently the ACI has been trying to sign up CBD businesses as members for outrageous fees of £50,000 upwards. Unsurprisingly it hasn’t been very successful amongst the small British businesses that have built this market. Its members are almost exclusively either from overseas or part of very substantial publicly quoted groups of companies. They certainly aren’t the British CBD industry but that is their plan. They want to seize control of it and take it over.

It’s true that the CBD market needs better regulation but this is nothing to do with the suggestion it is a novel food.  We need a consistent approach to testing.  We need the Human Medicines Regulations properly enforced and action taken against those businesses making unlawful medicinal claims. The MHRA is failing dismally in its duty to police this sort of dishonest conduct. It is only government that can implement these sort of policies.  The idea that the Cannabis Trades Association (CTA), the CMC or the ACI can become the regulator is unworkable. This is not a role that any private company can legitimately undertake.

The novel foods scam, the FSA’s and the Home Office’s interfering bureaucracies, the CMC and the ACI aren’t going away.  This is why you need to engage with your MP, get them onside and at the same time gain their support for the other key issues that face our industry, namely the THC limit in industrial hemp and the ban on extracting CBD from leaves and flowers.

Now is the perfect time to contact your MP.  They will be just settling into their new job as the initial excitement of the new Parliament wears off.  They will never be more open to you or amenable to tackling new subjects than right now.

Find out who your MP is by going to Parliament’s website at this link https://members.parliament.uk/members/Commons. All you have to do is enter your home postcode and this will identify who your MP is and provide basic contact information.  It is your home postcode you must use even if your business is based in a different constituency because it is your vote that counts and for you that your MP works.

As a minimum you will now have your MP’s email address.  What you need to do is send a short email explaining that you need to arrange a meeting at the next available surgery appointment and setting out very briefly the reasons why.  Meeting your MP face to face is essential. It is only by attending a meeting that you will get a proper response and be able to engage your MP effectively.  Getting into long-winded, ping pong correspondence is a complete waste of time.  MPs are now drowned in emails by campaign organisations and even an old fashioned letter is likely to be answered by a member of staff.

You can also Google your MP’s name and you’ll probably find they have their own website.  Often this will provide a phone number or a constituency email address to book a surgery appointment, so go ahead and do just that.  Many MPs will have staff members who are in place to protect them and try to filter which requests for a meeting are important, so this is something you may have to work to get past.  Be polite but firm and insistent.  You have a right to be seen by your MP and don’t be shy of asserting it.  Quite seriously this could be one of the most important business meetings you ever have.  Give it the priority and importance it deserves.  If you are asked to write in explaining what you want to discuss then go no further than the template email set out below.

Please can we arrange a meeting to discuss a number of issues concerning my business?

We have been in business since XXXX and now employ X people.  We supply CBD products as food supplements.  This is a market that has grown from zero to hundreds of millions in just a few years. There is a serious lack of regulation but recent heavy handed moves by the EU have created a lot of uncertainty.  Now we are leaving the EU it’s important that the Food Standards Agency steps up to the mark and starts implementing some sensible policies.

There are also other issues that are holding back the British CBD industry. I’d be grateful for your time to talk these through and I hope you will be able to get some answers for me. Ministers in the Home Office, the Department of Health and DEFRA all have a role to play and it’s unclear how best to make progress.

I look forward to meeting with you as soon as possible.

Most MPs hold surgeries on Fridays or Saturdays. When you get an appointment you’re likely to be allocated only 10 or 15 minutes, so it’s important to be well prepared.  There will usually be an assistant present who will take notes.

Start by explaining the background to your business, how you came to set it up and how it makes a contribution to the local community.

Give some brief examples or case studies of how your products have helped people. Be careful not to make overblown medicinal claims or suggest that CBD is some kind of miracle cure but explain how safe it is, particularly by reference to the WHO report.

Explain how a year ago the FSA suddenly announced the novel foods listing and that the whole industry has been facing uncertainty ever since. Explain that the FSA has been threatening to seize products and behaving as if the novel foods listing is law when it is only advisory. Explain how every day you fear the arrival of a Trading Standards officer who may try to close your business down.

Explain how the Misuse of Drugs Act 1971 prevents British farmers from extracting CBD from the leaves and flowers of industrial hemp even though it is a legal product and this means that all CBD has to be imported from abroad.  Emphasise that you understand the law is there to protect people from dangerous drugs but that there is no danger from hemp or CBD and in this area the law is out of date and damaging British business and agriculture

Explain how the EU only allows industrial hemp cultivars containing a maximum of 0.2% THC whereas in the rest of the world the limit is 0.3%. The 0.1% makes no difference at all except that it prevents the use of many cultivars which contain higher levels of CBD.  It is a pointless law which creates this problem for no reason.

Be very specific in asking your MP what you want them to do. This should be to write to the ministers concerned on your behalf and ask for answers. Whichever issue is most important to you, make this clear and ask if your MP can arrange for you to meet the minister concerned to discuss it.

As a final step, please email CannaPro to register that you have met with your MP. We will maintain a database of all MPs who have been lobbied and use it to guide further campaigning.  Send a brief report of your meeting to [email protected]